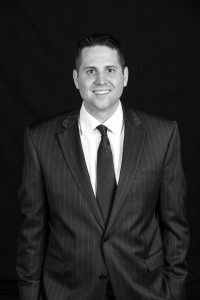 David Swanson is the C.E.O. of Food & Beverage Consulting and specializes in building, restructuring, streamlining, and implementing new accounting and process controls for Food & Beverage companies over the past 10 years. David has been lucky to work with several successful and industry leading Food & Beverage brands in the fine dining, quick service, fast food, and buffet restaurant areas. David has implemented this system with award winning restaurants like UMI, Yebo, Cape Dutch, Biltong Bar, and others in the Atlanta area greatly reducing expenses and outside accounting costs. The Atlanta Silverbacks professional soccer franchise also brought David in to help with their onsite restaurant which resulted in much increased concession sales while at the same time lowering costs.

Previously, David held Controller position at Best American Hospitality a company that owns and franchises over 300 restaurants. Best American is the parent company of the Shoney’s franchise and is also the largest Church’s chicken franchisee in the world. David restructured the company’s accounting systems there which resulted in a significant cost savings while accurately tracking financial costs at a P&L level on weekly basis.

David was CEO and President of his own restaurants and bars in Orlando Florida before Best American that he sold after many years of successful operation. This experience gave him a unique insight that goes far beyond a typical CPA firm or Controller because he understands all aspects of running a restaurant and not just the accounting side.  He knows the dangers of expensive CPA work that the client cannot interpret, and the power that accurate, easy to understand books can give to a business owner, allowing them to cut costs, identify and prevent theft, hold employees accountable for poor performance, and reward employees for outstanding performance.

David also worked as Controller at Food Systems Unlimited a company that operates fast service restaurants in many of the top malls and airports across the country where he put in new cost tracking systems to help lower Food Cost significantly year over year.

David graduated with an MBA from Goizueta Business School at Emory University and has an undergrad degree in Financial Management from Clemson University.